By David Stubbings
Express and Star

A group of animal rights protesters have been arrested after holes were drilled into around 200 tyres at a milk distribution centre. 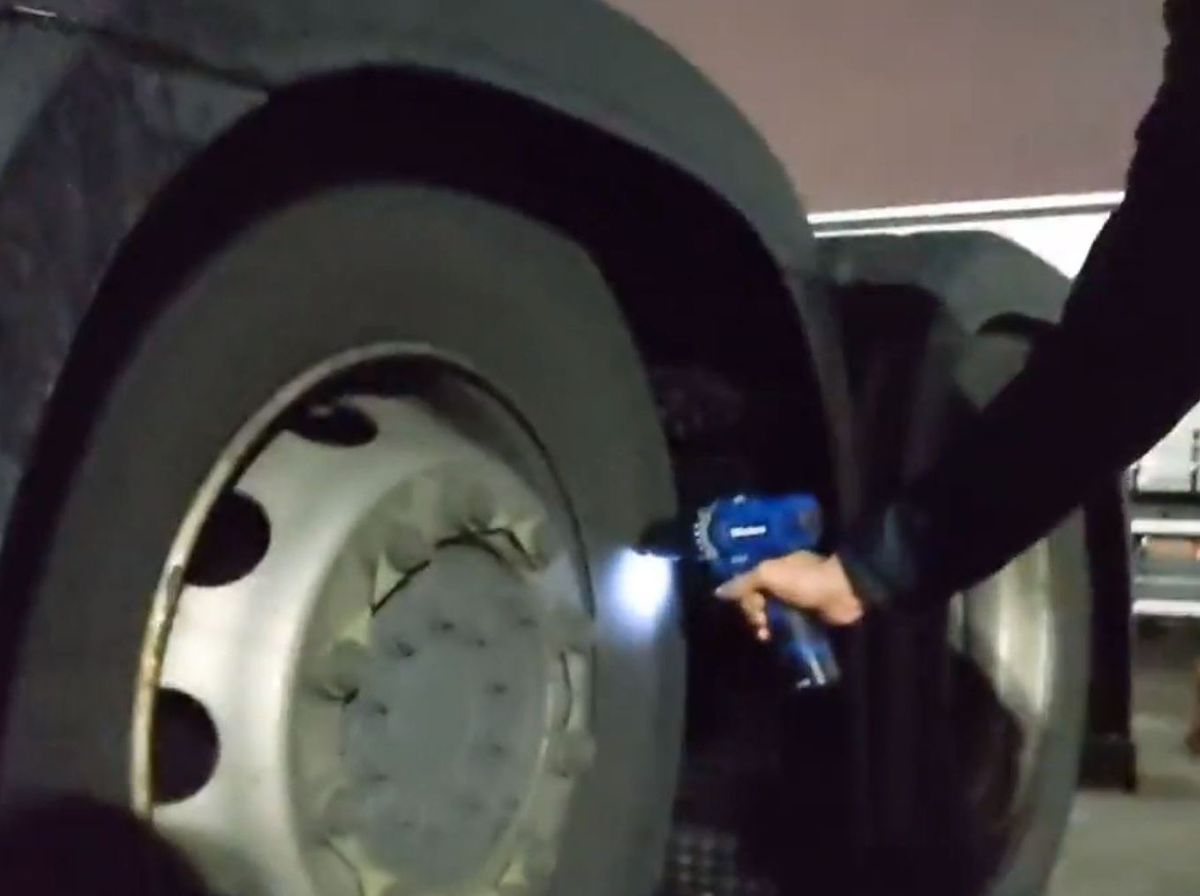 Protesters from a group called Animal Rebellion allegedly filmed themselves drilling holes into tyres of a number of lorries at Muller Wiseman Dairies, Ashmore Lake Way, Willenhall, in the early hours of this morning.

In the 24-second video shared to social media, activists can be seen apparently drilling holes into numerous tyres on several Muller-owned lorries with hissing audible as the air escapes through the holes.

“Happening Now: For the 3rd consecutive day, Animal Rebellion have immobilized milk trucks and disrupted the supply of dairy by drilling tyres at a fifth site; Muller Willenhall,” the group posted on Twitter.

West Midlands Police said officers have arrested 11 people after the premises was broken into and delivery trucks were damaged.

In a statement the force said: “Officers on patrol responded to reports of trespassers at Muller Wiseman Dairies, Ashmore Lake Way, Willenhall, at 5.30am today and found several people on site damaging vehicles.

Chief Superintendent Ian Parnell, said: “We will always respect people’s right to peaceful protest. But what we cannot do is standby and allow wanton criminal damage which is going to result in significant repair bills and inconvenience.

“We have a long history of facilitating protests and working with protest organisers so they can take a stand in a peaceful, organised manner. Anyone who oversteps the mark and commits criminal offences can expect to be arrested and potentially put before the courts.”

Explaining its actions the group said on Twitter: “The Government are letting us sleepwalk towards absolute global climate devastation, whilst endorsing the suffering and murder of billions of farmed animals every year in the UK,” as supporters demand the country transitions towards a “plant-based future”.

A spokesperson for Müller UK & Ireland said: “Supplies of fresh milk are being maintained due to the hard work and professionalism of our employees.

“We have experienced isolated incidents of criminal damage to vehicles at our sites, with activists endangering themselves and our employees by bringing knives and drills onto our facilities.

“This small group of activists do not represent the 96% of adults in Britain who choose milk every week and are our priority.”

“During a cost of living crisis we will continue to ensure that it reaches families, including vulnerable members of society,” the statement continued.