‘Every time you abuse a hunter on social media, another fox will die’: Animal rights activist finds dismembered fox’s tail and chilling warning on his car

A severed fox tail was dumped on the car bonnet of a vegan animal activist warning him to stay away from hunters – or more ‘will die’.

A note was left under the windscreen of Ray Williams’ car appearing to be from aggressive hunters.

After an animal rights demo at Hogwood Farm in Warwickshire Mr Williams returned to his vehicle to find a bloodied envelope under the windscreen wiper along with a fox’s tail.

The accompanying note said: ‘Every time you abuse a hunter on social media. Another fox will die.’ 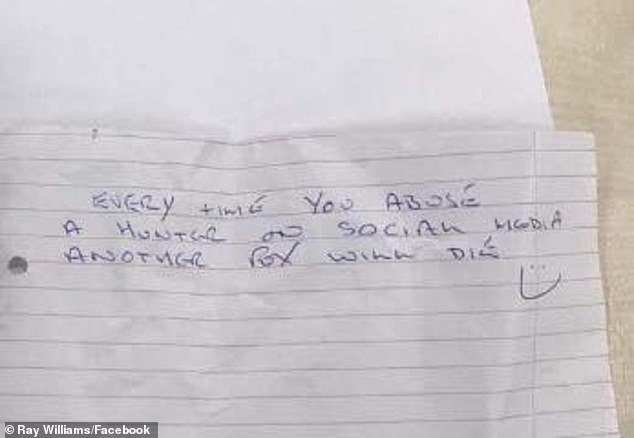 The vile note had a smiley face drawn on it. Mr Williams found the threat on his car at a farm after a protest over pork meat 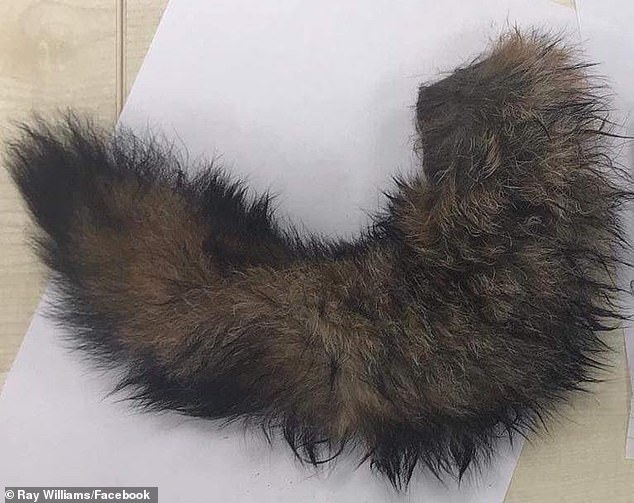 Mr Williams was attending a demo at a pork supplier for Tesco – on September 30 and took to social media to share the unsettling discovery.

He said: ‘Inside was the tail of a fox and a note telling me every time I’m nasty to a poor hunter another fox will be killed.

‘What kind of sad, pathetic little coward would do a thing like that?

‘Well done, yes it did upset us, and yes, it upset a nine-year old little girl who has been brought up vegan from birth by her amazing mother.

‘Will it stop us and put us off standing up to animal abusers? Naa that’s not gonna happen.’

The police logged the incident at the end of last month and undertook forensics analysis.

Warwickshire Police were unable to find any DNA with which to pursue an offender.

Mr Williams said of the incident: ‘I’d like to say that myself and every other activist at Hogwood has been treated with fairness, dignity and respect at all times by police liaison officers when attending vigils at Hogwood. 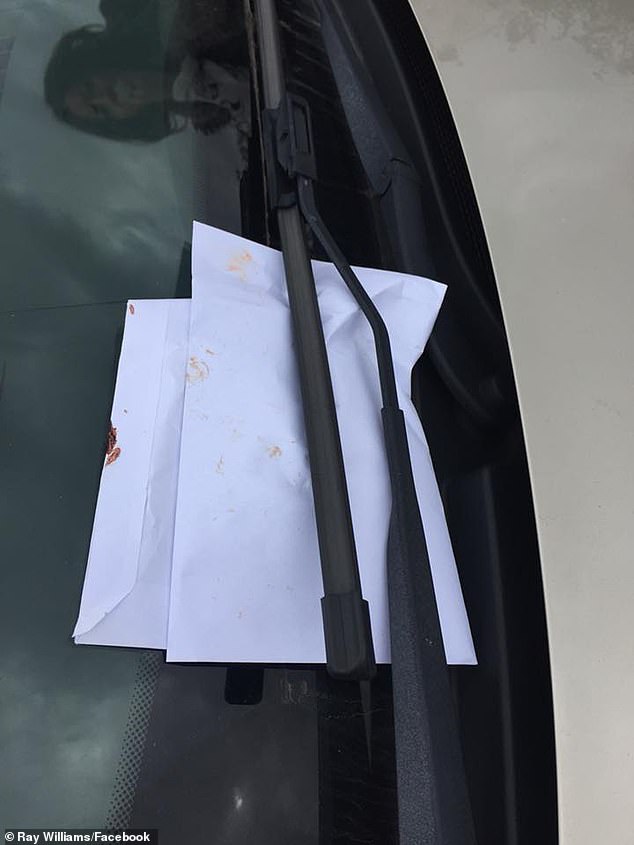 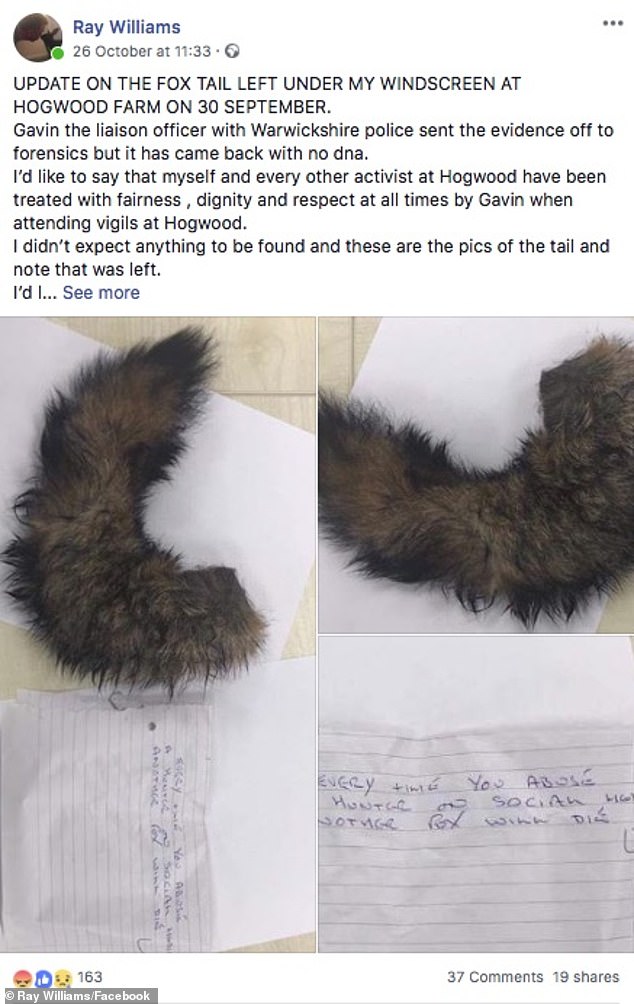 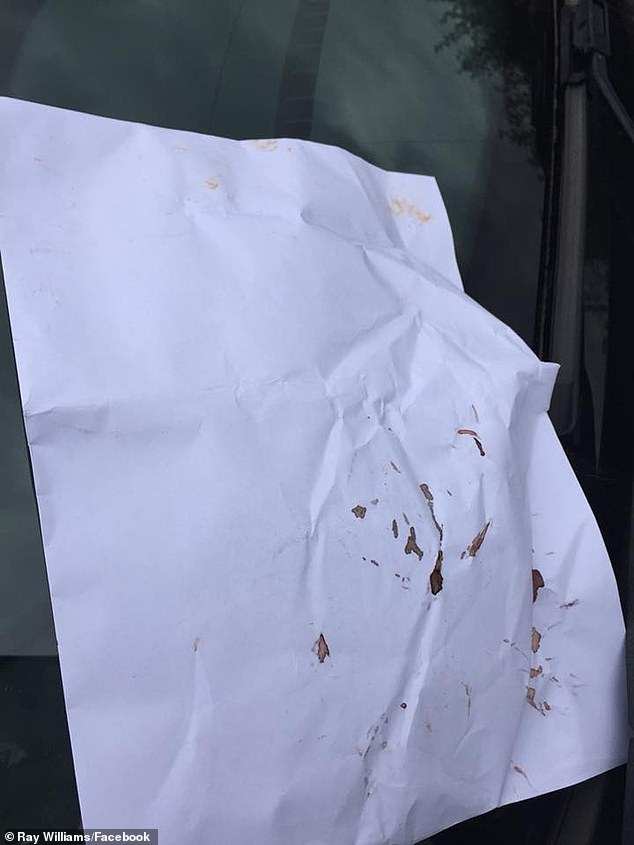 ‘I didn’t expect anything to be found and these are the pics of the tail and note that was left.

‘I’d like to add the pathetic attempt by a member of the little willy brigade to put us off attending vigils and trying to stop myself personally from saying horrible things about sad little hunters on social media has failed miserably.

‘I’d like to wish every hunt sab a safe and successful weekend, you really are heroes for what you do.’

Hogwood Farm came under fire earlier this year after footage of cannibal pigs supposedly eating each other alive hit headlines.

The farm, a pork supplier for Tesco, was found to have been surveyed by officials one year previously and had made no breach of animal welfare standards.

Warwickshire Police and Shipston Safer Neighbourhood team have been contacted for comment.