After the Fur Commission issued bulletins telling fur farmers to call the police if their address is on the internet, and to be on alert for the release of the new Earth Crisis album, they may have topped themselves with their latest move: A hilarious Animal Liberation Front “Wanted” poster. 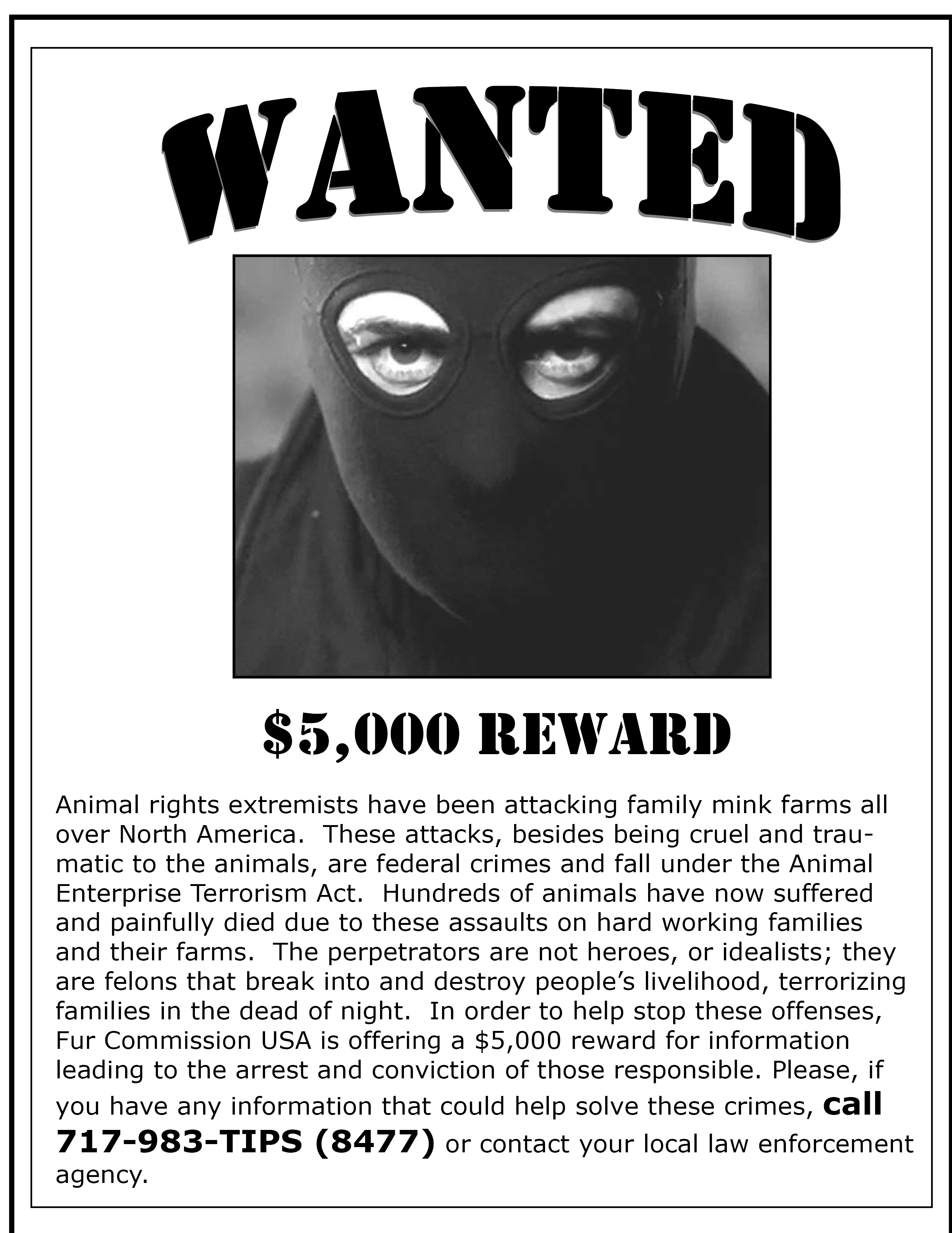 Fur farmers have been sent this poster and encouraged to distribute it near their farms, hoping it will lead to the capture of the Animal Liberation Front. The Fur Commission has instructed farmers to:

“..post [the wanted poster] to bulletin boards in your area.  All-night convenience stores on major highways are a prime location, as are coffee shops and ‘vegan’ restaurants/markets.’”

No explanation is offered as to why a Midwest gas station is a strategic location to court tipsters, why the word “vegan” is put in quotes as though it is obscure slang, or how a hokey stock photo of a burglar might aid in the ALF’s capture.

The text of the poster reads:

Animal rights extremists have been attacking family mink farms all over North America. These attacks, besides being cruel and traumatic to the animals, are federal crimes and fall under the Animal Enterprise Terrorism Act. Hundreds of animals have now suffered and painfully died due to these assaults on hard working families and their farms. The perpetrators are not heroes, or idealists; they
are felons that break into and destroy people’s livelihood, terrorizing families in the dead of night. In order to help stop these offenses, Fur Commission USA is offering a $5,000 reward for information leading to the arrest and conviction of those responsible.

After 10 fur farm raids in 5 months, the fur industry has gotten desperate. So desperate, they are apparently willing to embarrass themselves by using a wanted poster template reminiscent of one used in mall photo booths in the vain hopes a tipster will stumble upon their plea at an Idaho gas station.

If you see the man in the above photo, you know what to do.